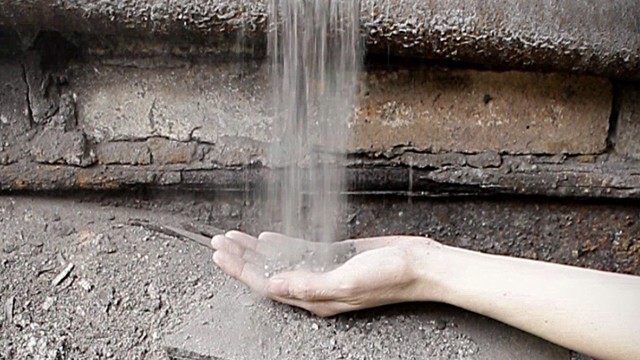 Video presentation 'Silo’ was prepared for a large-scale projection during REST-ART-WORK – event organized by the Nuremberg House and the Academy of Fine Arts in Krakow. Motion picture projection was presented as an accompanying program during finissage at June 6, 2014 in the hall of the closed Municipal Power Plant in Cracow.

PLACE
Kraków’s Kazimierz district and Vistula boulevards. Quarter streets enclosing a story. This place shows in a great way the changes that have occurred in recent decades. Kazimierz district is a special place. Once district inhabited mainly by Jews, teeming with specific energy, sounds, workshops, loudness of marketplaces, singing prayers of the synagogues. This world has disappeared.
Until the 80-ties it was an active industrial part of the city. There were workshops of urban transport, from here, the first tram went on the streets of Krakow. It was a place very noisy and busy. With the passage of time, the place became quiet and expired. Today, the district received a second chance, the institution of the Museum of Municipal Engineering, restored the old depot, where now there’s a mini brewery and there are more development investments to come. But it is still empty place, situated on the side of the heart of the district.
(information from the organizer: REST-ART-WORK)