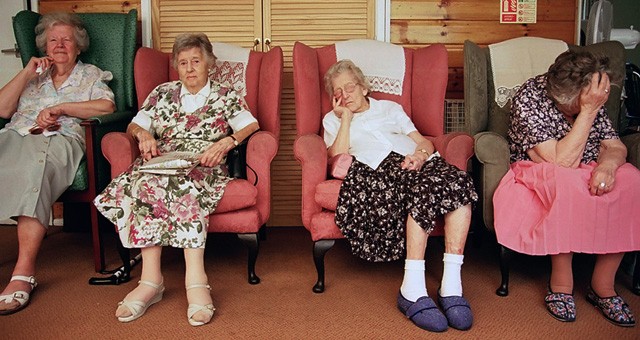 From 2004 to 2012 I photographed the residents of one of the british nursing homes – Melbourne Home. I documented the process of creating 'their’ place – 'owning’ the place. Every new resident would bring with them items collected throughout their life – photographs of children, grandchildren, books, clothing, family heirlooms, pictures. In the room, they were trying to create a substitute for the former home. The new and probably the last place in their life. Sometimes they were leaving the place suddenly, sometimes it was a long process of passing away. This process was also enrolled in the immediate vicinity – less books and souvenirs collected, less and less interest in life in its material manifestations. Portrayed older people for me are the quintessence of British culture, the former imperial power, the tradition and the way of life that are becoming a part of history.